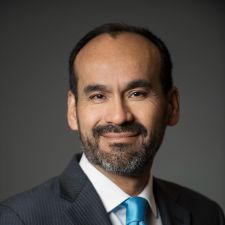 Jacob Fraire serves as President & Chief Executive Officer of the Texas Association of Community Colleges (TACC).  Since 2016, Mr. Fraire has provided leadership to TACC, an advocacy organization whose core mission is to advance state policy, institutional practice, and research in support of Texas community colleges.  He serves as chief advocate and strategist for Texas community colleges and their unified policy agenda before the Texas Legislature and policy leaders. In Fall 2019, Texas community colleges served 748,000 students enrolled in credit-bearing programs and countless additional students in continuing education and workforce training programs.

Before joining TACC Mr. Fraire served as Vice President of Philanthropy at Texas Guaranteed Student Loan Corporation, which has since then converted to the Trellis Foundation.  Acting as the chief architect of the corporate philanthropy, Mr. Fraire stewarded $80 million in competitive grants to advance college access, need-based financial aid, student success, and research.

Mr. Fraire serves as Board Chair of the Institute for Higher Education Policy and on the Advisory Board for the Community College Research Center.  He has previously served on multiple state and national boards to include, Texas Transfer Working Group, Texas Dual Credit Task Force, Grantmakers for Education, Corporate Advisory Committee of the Council for Opportunity in Education, and the federal Advisory Committee on the Measures of Student Success.  He serves as Ex-Official of the TACC Business Advisory Council.

For a decade, Mr. Fraire served in multiple policy advocacy positions in Washington, DC.  He served as Director of Legislation & Policy Analysis at the Hispanic Association of Colleges and Universities (HACU) and as a senior legislative coordinator at a firm representing research-intensive universities.

The son of migrant farmworkers, Mr. Fraire grew up in El Paso, Texas. He holds a Bachelor of Science degree from St. Edward’s University and a Master in Public Affairs degree from the University of Texas at Austin.  In May 2013, he was awarded an honorary associate's degree from El Paso Community College.  He and his wife, Virginia, have five children. 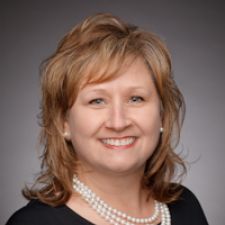 As vice president of the Texas Success Center, housed at the Texas Association of Community Colleges (TACC), Cynthia Ferrell supports the implementation and scaling of student success strategies and policies for the 50 community college districts in Texas.

She earned a Ph.D. in higher education administration from the Community College Leadership Program at The University of Texas at Austin. 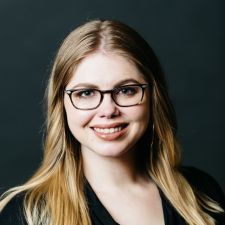 Cara Glancey serves as the Project Specialist at the Texas Association of Community Colleges (TACC). She helps broaden the impact of TACC and CCATT by providing effective support and management of programs, events and member services. Ms. Glancey also conducts administrative activities, helps organize convenings, and manages event planning to include reservations.

Prior to TACC, Ms. Glancey worked as a Claims Analyst for international workers' compensation claims. She also gained experience in student services, program coordination, membership management and events in the higher education sector, general political sphere and briefly in the insurance and healthcare industry.

Graduating in 2017, Ms. Glancey holds a bachelor’s degree in Political Science from Texas A&M, with a minor in English Literature. During her time at A&M, she served as a student advisor for international internships, interned with an El Paso state representative, and handled marketing and events for the student union. 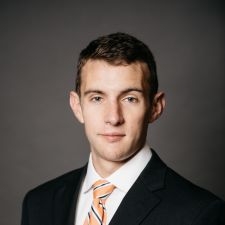 Chris Fernandez serves as the Director of Policy Analysis at TACC. He assesses the progress of key goals and outcomes of community colleges, tracks higher education research and policy, and recommends areas for additional data collection and research. He seeks to communicate findings in ways that are useful and actionable for policymakers, practitioners, and/or fellow advocates.

Prior to joining TACC, Mr. Fernandez was a researcher for Trellis Company where he analyzed financial barriers to college access and success, focusing on financial aid and student loans. He also spent time with the Swarthmore College admissions office helping bring underrepresented students to campus.

Graduating in 2012, Mr. Fernandez earned a Bachelor’s of Arts in Sociology and Anthropology with a minor in Public Policy from Swarthmore College. While in college, he received the McKitterick Scholarship and Glant Scholarship for academic merit, as well as the Bramson Prize recognizing the excellence of his senior thesis.

In addition to contributing to TACC’s goals, Mr. Fernandez enjoys trail running, all kinds of reading, and attempting recipes beyond his abilities. 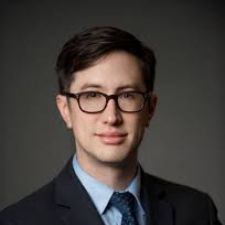 Dustin Meador is the Director of Government Relations at TACC. He helps develop and implement legislative policy goals and strategies for the association, as well as monitor legislation and regulatory changes relevant to Texas community colleges.  Alongside TACC’s advocacy team, Mr. Meador strives to build relationships at the capitol between colleges and legislators.

Prior to joining TACC, Mr. Meador worked five legislative sessions in the Texas House of Representatives; including three sessions serving as a Committee Clerk for the House Committee on Higher Education and one session as Chief of Staff to a State Representative.

Mr. Meador received a Bachelor of Arts in Political Science from the University of Texas at El Paso in 2006. In 2017, he was named a “Rising Star” lobbyist by Capitol Inside in its Texas Lobby Power Rankings.

Outside of TACC, Mr. Meador enjoys running in Austin, traveling anytime possible and seeing live music in the city. 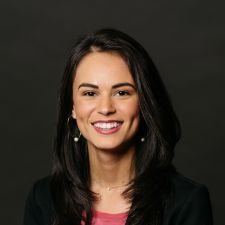 Ellie Rodriguez serves as the Communications Associate for the Texas Association of Community Colleges (TACC).  She helps maximize the impact of TACC and CCATT by realizing the successful implementation of contemporary communication strategies with a focus on policy advocacy. She also spends time developing suitable methods to broaden the reach of the association and its affiliates.

Outside of work, Ms. Rodriguez enjoys attempting to play all instruments, spending time with her family, and traveling to Mexico on random weekends. 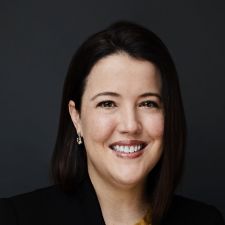 As research associate, Kristina supports the knowledge development strategy of the Texas Success Center by conducting both quantitative and qualitative research and producing materials to share learnings with the field.

Kristina began her career as a high school math teacher before transitioning to the community college ten years ago. She is currently an associate professor at Austin Community College on leave to pursue her Ph.D. In addition to teaching at ACC, she served as assistant dean of academic courses, developmental math advisor, and campus math contact with the aim of improving the student experience in mathematics. 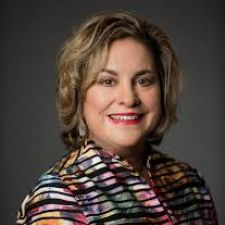 Lori Stalheber is the Director of Finance at TACC. She oversees accounting, payroll, maximizes the return on financial assets and is responsible for human resource management. Ms. Stalheber ensures the association remains fiducially responsible and provides accurate reporting to TACC’s members and CEO.

Before joining TACC, Ms. Stalheber lived in Houston, Texas and was the Director of Finance at the St. Martin’s Episcopal Church— the largest Episcopalian church in the country. Prior to this, she contributed to various non-profit organizations.

Having graduated in 2003, Ms. Stalheber holds a bachelor’s degree in Accounting from the University of St. Thomas in Houston, Texas. While attending St. Thomas, Ms. Stalheber was a member of the accounting honor society along with various other clubs within the university.

Beyond TACC, Ms. Stalheber enjoys cooking, a variety of outdoor exercises and spending time with her family. 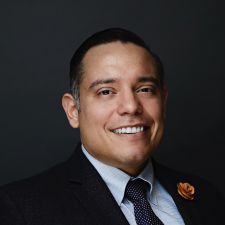 Prior to joining CCATT, Dr. Gonzalez served as Senior Institutional Support Consultant and Project Success Operations Lead for Trellis Company where he supported a portfolio of under-resourced 2-year and 4-year Minority-Serving Institutions across the south/southeast region. Dr. Gonzalez’s career includes work for the University of Texas at Austin, the Texas House of Representatives, and the White House Domestic Policy Council.

Dr. Gonzalez holds a baccalaureate degree from Trinity University, an M.Ed. in College & University Personnel Administration and Ph.D. in Higher Education Leadership & Policy, both from the University of Texas at Austin. During his higher education academic career, Dr. Gonzalez received several graduate fellowships to support his studies, along with various recognitions commending his scholarship. 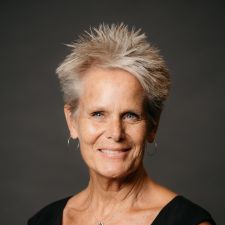 Mary Battjes serves as the Office Manager at TACC. Her strengths include organizing materials and schedules, planning events, hosting guests and building relationships with those she deals with daily, from service technicians to college presidents. She’s committed to effective communication, being helpful to her colleagues and nurturing a productive office environment.

Prior to joining TACC, Ms. Battjes was the Project and Office Manager for an eco-farming book and magazine publisher and has served as Office and Project Manager in the private and non-profit sectors. She is a certified Master Gardener from the Massachusetts Horticultural Society and ran a successful garden design/build business in Boston, Massachusetts before moving to Austin in 2011.

Outside of the office, Ms. Battjes enjoys painting with oil or watercolors, drawing, printmaking, exploring the outdoors and collecting late 19th to early 20th century European and American art. 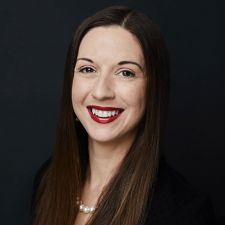 Sway has grown in many support roles for various industries throughout her 15 + year career and is excited to grow as she learns about the needs of community colleges in Texas. She has a unique perspective as a former student at Texas community colleges and understands the value organizations like TACC provide.

Sway has a BA in communication with a minor in English from the University of Houston. She enjoys bicycling, social dancing, and cooking nutritious food.