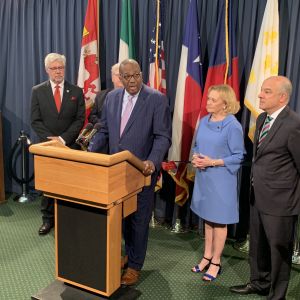 "For Dustin Meador, it seemed as though the nagging, complex and contentious issue of college transfers was the Texas legislature’s Moby Dick: The problems were big and obvious, but solutions were elusive.

“It was just the white whale of public higher education policy. Legislators said it was the number one issue they heard about, and they very much wanted to get something done, but it just never could get traction,” says Meador, director of government relations for the Texas Association of Community Colleges.

It’s a situation frequently faced by those working in this arena, where the interests of four-year universities, community colleges, lawmakers, taxpayers and families of college students often diverge, stymieing efforts to resolve a problem they all agree needs to be addressed."