Community colleges will be crucial to reviving the economy 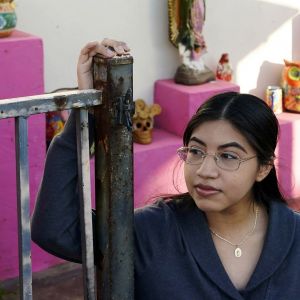 It’s tempting to believe once COVID-19 is contained, the U.S. economy will bounce back quickly, replenishing jobs and incomes lost in the pandemic. Yet, as presidents of community colleges that educate and train a substantial portion of the workforce, we have concerns driven by both recent data and historic perspective.

The data presents a significant early warning sign. When the labor market fully reopens, some high-demand jobs may be hard to fill even with millions of Americans looking for work. This is due to a copious drop-off in community college enrollments nationwide.

History shows that states facing revenue shortfalls often resort to across-the-board cuts. Fiscal responsibility is laudable, but major cuts made to higher education and need-based financial aid during the Great Recession, just as a rising number of unemployed and cash-strapped Americans needed to upgrade their skills, blunted the recovery.

This fall, hundreds of thousands of people delayed or abandoned plans to pursue postsecondary education and training. Most of that decline occurred at community colleges, where enrollment fell by more than 10%, or more than 544,000 students nationwide. The steepest and most unsettling drops have been among low-income learners and people of color.

Data collected by the National Student Clearinghouse and the U.S. Census Bureau shows older adults enrolling in college for the first time declined 30%; community college enrollment fell 20% among Black and indigenous men; and 48% of people from low-income households canceled their education plans — nearly double the rate of those from wealthy households.

As presidents of community colleges who serve students of diverse ethnic backgrounds, we know the struggles facing our communities. To help lead our region faster to a post-pandemic recovery, we are taking proactive steps. Several of us have joined forces with peers across the nation to form the Policy Leadership Trust to respond to the changing nature of work and the changing needs of today’s learners.